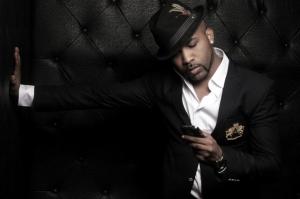 The allegations against Banky W and the EME crew over the cancellation of the EME concerts in Canada and California have now been proven false.

Promoters of the EME North American tour, Royal entertainment, have issued a statement on their company Facebook page last night apologizing publicly to Banky W and the EME crew. They stated that Banky W and the EME crew should not be held responsible for the cancellation of the shows as reasons for canceling are genuine and unavoidable.

"We would like to address the allegations that Banky W. had never planned to be in California. We have come to find out that this information was 100% false. As you can imagine, my partners and I felt betrayed and went on a public tirade against EME, and Banky W. Sparks flew, tempers raged, and certain statements were issued, on twitter and in the Nigerian Entertainment blogosphere, due to the intensity of the situation at hand"

Chairman and Creative Director of EME, Banky W posted on his official twitter handle on Tuesday, August 14, 2012 an apology note to fans on the cancellation of the Canada and California shows and promised that EME will make the remaining EME concerts memorable for their fans.

Royal Entertainment also went further to say: "The information presented to me was 100% false. Allegations were made about Banky's character, and while we may have believed them at the time, those allegations have proven themselves to be completely untrue. To his credit, Mr Wellington and EME acted with dignity through the whole ordeal, and Royal Entertainment would like to publicly apologize for the way we handled the situation. Royal Entertainment would furthermore like to publicly retract what we, or any of our affiliates, have said negatively about Banky W and EME."

Royal Entertainment also stated in the press statement that they were fully informed about the cancellation and both parties agreed to release a public statement apologizing to fans on the issue but instead, Royal Entertainment and its partners took over social and online media making false allegations against Banky W and the EME crew.

"Further research has brought many things to light, and it's time to make the situation clear. It is in the interest of everyone to put all of this behind us." Eche says. He concludes saying – "on behalf of Royal Entertainment, EME, Alore Media and all parties involved, Royal Entertainment would like to apologize to the fans, and furthermore promise that we will make every effort to ensure something like this will not happen again."

Fans who bought tickets in advance will also get a full refund through the various channels of purchase. When asked about his reaction to Royal Entertainment's public retraction and apology, Banky W said "We have accepted the apology. It's time to move on."

“EDUCATION IS NOT FOR ME” – TIMAYA

July 18, 2018
Searching for the forgotten heroes of World War Two

Searching for the forgotten heroes of World War Two

July 18, 2018
The man who saved thousands of people from Covid

The man who saved thousands of people from Covid

July 18, 2018
All you need to know about penalty shootouts

All you need to know about penalty shootouts

You may have missed