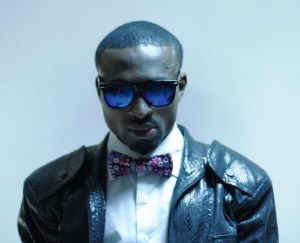 After a long wait, Capital Hill’s artiste, David Peters a.k.a Suspect finally releases his debut album titled – ‘I AM MUSIC’. The album dropped on Tuesday, December 14 followed by an album release party held on Thursday, December 16 at Club Volar by Vuitton, VI. In attendance were fans, featured and other artistes as well as the media and industry friends.

The humorous artistes cum producer has worked with several artistes including Kel, Durella, Eva, Rooftop Mcs, Ill Bliss and Teeto which led to the subtitle – ‘The Producer Album’. “It is called a Producer album because it show cases Tha Suspect much more as a producer than as vocalist and features a heavy collage of various artistes (notable and upcoming) of different sounds and styles with Tha suspect only on the hook on some of the songs”, a contact tells us from the Capital Hill camp.
Collaborating artistes on the album include Blak Twang, Ill bliss, Pasuma Wonder, Timaya, Terry G, MI, Jaywon, Sasha, Muna (Munachi Abii), Vector, Shank, Zee to mention a few. 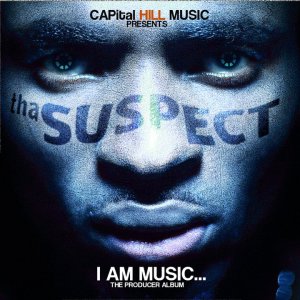 The album features earlier single releases like “Dem Don Dey Move”, “Tuaile”, “Mugu”, and “I Go Make Am”. Other tracks are “For My Life Remix” with Rooftop Mcs, Mike Anyasodo & Kefee and “I No Send You” with Wyclef Jean alongside various artistes – a joint which enjoyed mass reviews and comments on the internet.

‘I AM MUSIC’ is an eclectic album, distributed Nationwide by Sammyvibes Entertainment.

Just Incase You're Wondering Why Timaya Is Threatening To Beat Ubi Franklin... Remember the accident where Timaya was called out...

Will Smith and Chris Rock You know this conversation will not fade off like that. Matter of fact, Twitter is...

Actor, Will Smith smacked comedian, Chris Rock on Oscars Live stage. The slap landed after the comedian shared a joke...